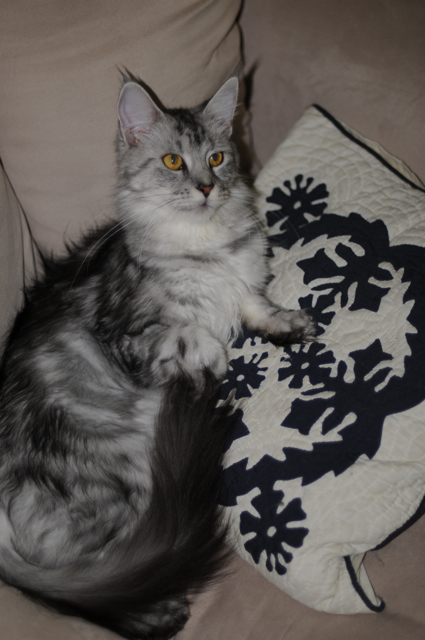 Angelina came from the same cattery as Don, Leon and Emily.

She and Emily came on July 2007. Just a month later after Micael joined.

So these two girls arrival created a little bit of mess to the boy team.

Micael was the very one to fear and intimidated the new comers.

But as a matter of fact, Micael and the new girls were still kittens, within 2 days they became best friends!

Angelina was always the one showing the leadership. She goes well with the others and seems to have high skill creating the relationship with others.

In year 2008, she became mother of 1 boy and 3 girls, Alphonse, Sabrina, Rachel and Jasmine.

She was really a good mother.

Not only taking care of her children, she also looked after Emily’s babies whom were born a month later.

Others admire her as “Madonna Ann”.

Of course from the name of famous actress Angelina Jolie.
Tough, clever, and beautiful wise mother.