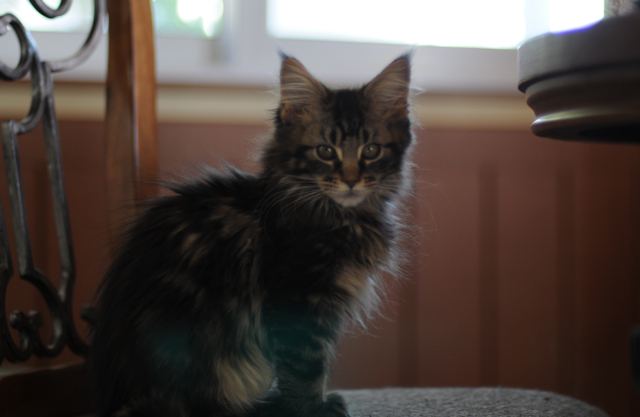 Maximillian’s life as a kitten was really short.
He was a big sized boy and till he became 4 moths old, he was growing very well.
But suddenly he became ill and in a week he went to cross the Rainbow Bridge.

5 month old life was too short for him and 1 week caring was like a blink. I could and should have loved him more and more.

Max’s same litter sister Amrita also got sick around the same time as him.
Max himself was having a tough time and I believe there was no energy left for him to do something extra.
But even though, he was grooming Amrita till the very final moment. He was taking care of her sister all the time.
It looked like as he was saying,
“You’re a beautiful girl. It may be hard for you to groom yourself, so I’m going to groom you as much as I can”.

Nothing more to write, but he lives in my memories for ever.

Max comes from the childrens book"Where the Wild Things Are", written by Maurice Bernard Sendak.
My partner loves the works of Sendak and so he diceded to name our kitten from his favorite character.

Not from the actor Maximilian Schell.